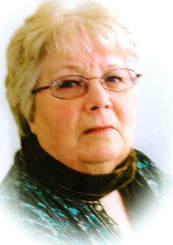 Maggs lived a full life and with many different aspects to it. I knew her as a writer. A real writer; Maggs wrote because the words were in her and had to be set down. Then she put in the time and effort to polish her work.  As a result, she enjoyed numerous successes. Her work won many competitions and was published both in print and on the net. I think her most cherished moment was when Alan Titchmarsh chose her poem 'Do Youthful tears still flow' to read out on radio for Remembrance Day.  She said he did her proud.

But Maggs didn't need public recognition as a motive for writing. Always generous, she wrote for her family and for various occasions in the life of her church. Above all, she wanted to share her gifts with other like-minded people, and so in September 2000 she founded the Burton Monday Writers group. After a somewhat smelly start in a room in Crossley House which was rather too close to the public toilets, the group found a home at Burton Library where it still flourishes today.

Maggs was our Chair for eight years and Honorary president thereafter. For most of the group's life she was its guiding spirit, inspiring us to produce several anthologies, run public competitions and just to keep writing. When her health problems made it difficult for her to come to meetings, she continued to write at home and her work features in this year's anthology of Christmas stories.

Maggs enjoyed all forms of writing, but poetry was her greatest love. She will be missed by us all. 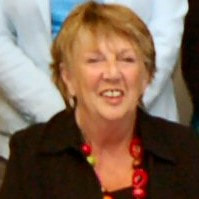 ​Obituary Freda Beckett November  2017
It is with much regret that we have to report the death of one of our longstanding and talented members.  Freda Beckett was a very positive person. She was a good writer of both prose and poetry and especially talented at drama. Her many short pieces, poems and character studies were poignant and reflected human nature. She had a perceptive eye, a deep understanding and was able to convey great empathy in her written work.  She was a regular attendee and supportive member of Burton Monday Writers. Many members within the group regarded her as a good friend and welcomed her generous and positive criticism of their work.

Although Freda suffered a long illness, which in recent years prevented her attending regularly, she stayed in contact via emails and was always cheerful.  Past  Chairman Gill Jangra maintains it was Freda’s faith that kept her so positive. Freda was a Salvation Army member who loved the brass bands. Gill recalls that one year, before her illness, Freda was so determined that the children should perform a nativity play she made all the costumes and organised the production. Such was Freda’s determination and generosity. She was an avid campaigner when she thought an injustice had been committed. She was a spirited lady and had a good sense of humour.  But Freda’s illness took away most of her muscle function and prevented her from joining in the activities she had enjoyed. She had a life-long love of horses and kept several rare breeds of bird.

Towards the end of her life Freda said to the Major of her local Salvation Army that in the early hours of the morning the devil comes, but she would not let him in because she believed in Jesus. It could only be her strong faith that enabled her to tolerate her illness with such positivity. She was a lesson for us all and will be sadly missed by so many people.

Fellow writing member Lynda Turner recalls Freda’s friendship with special affection. Writing as “Fred’s a Grannie”, Freda wrote the first review on Amazon when Lynda’s first novel was published in 2010. Such was her generosity and willingness to help others.
Freda had just celebrated her seventieth birthday when she died and is survived by her husband Alan, two adult sons and three grand-children.
Members of Burton Monday Writers will miss her.